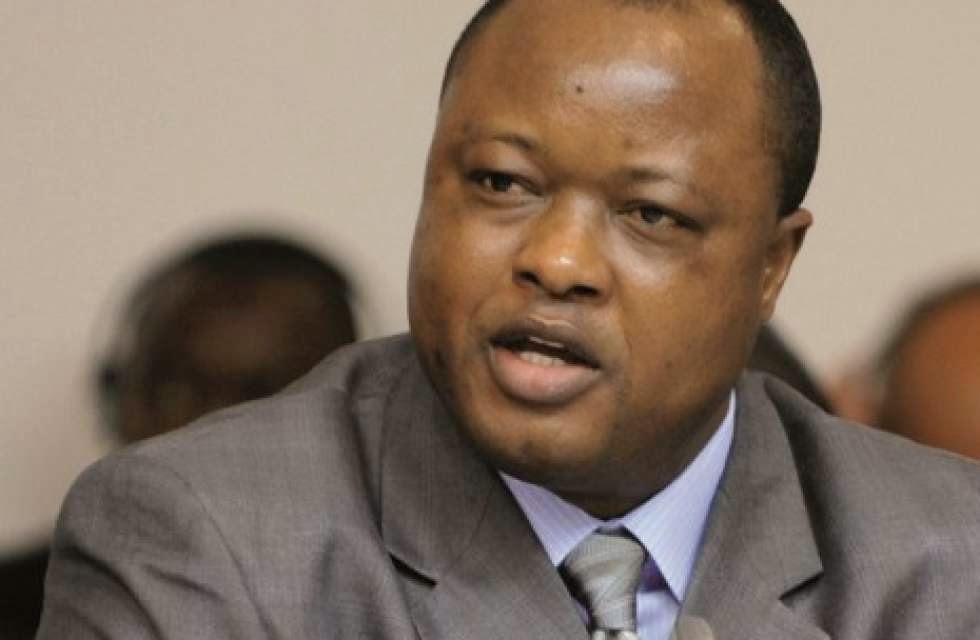 The Vice President of Sierra Leone, Samuel Sam-Sumana, has been expelled from the ruling party, All People’s Congress (APC). He was shown the exit door following a meeting by the National Advisory Council of the APC at the party’s headquarters in Freetown today.

The meeting had in attendance Sierra Leone’s president, the secretary-general of the ruling party, party ambassador Osman Yansaneh, and many others. Though many received the news with wild shock, the party is yet to reveal reasons why Sam-Sumana was axed.

If reports about the Vice President Sam Sumana’s expulsion is anything to go by, then it comes as no surprise to Sierra Leoneans. Rumors of the VP’s expulsion from the party have been making the rounds way back, even before the 2012 election.

Back then it was reported that the government was negotiating with an unidentified man of Kono ancestry to replace Samuel as the president’s running mate. Though the vice president wasn’t removed in the long run, his official role and power kept diminishing nationally. Despite his banishment from the ruling party, Samuel still retains his position as the vice president of the country.

Meanwhile, BuzzGhana has gathered that the vice president was fired from the APC for allegedly instigating violence, trying to establish a factional party in his home district of Kono, and giving false information about his Master’s degree certificate. While president Ernest Bai Koroma is yet to throw more light on this development, Sam-Sumana has denied the allegations, insisting that his political enemies are after him to tarnish his image and reputation in the country.

Mr. Samuel was residing in the United States of America prior to the time he was elected as Sierra Leone’s vice president in 2007. For some time, the breakdown of Koroma’s relationship with his vice has been an open secret. In fact, the tussle between the number one and his deputy has continued to raise fear about the country’s stability.

With regards to a vacancy in the Presidency or Vice Presidency, the terms are spelled out in Articles 50 and 51 and read: A President or Vice President may be removed from office if deemed mentally or physically incapacitated, or for misconduct as determined by a parliamentary tribunal and voted on by two thirds of the parliament.

Born Alhaji Samuel Sidique Sam-Sumana on April 7, 1962, in Koidu Town, Kono District, in Sierra Leone, Samuel was sworn in as Sierra Leone’s Vice President on September 17, 2007. A devout Muslim, he is the 4th son of Sahr Samuel Sam-Sumana (a prominent Kono Chief and former member of the All People’s Congress party) and Haja Sia Hawa Sam-Sumana.

Sidique also holds a diploma in diamond rough grading, sorting and polishing, which he obtained from the America Institution of Diamond Cutting and Polishing, in Deerfield Beach, Florida, United States. He also earned a diploma in computer network support from Knollwood Computer and Business School in St Louis Park, Minnesota. He previously worked as a systems officer for the Prudential Financial Group, in the United States and as a network support specialist for Allina Health in the US.

The Koidu-born politician is married to Khadija Sam-Sumana.