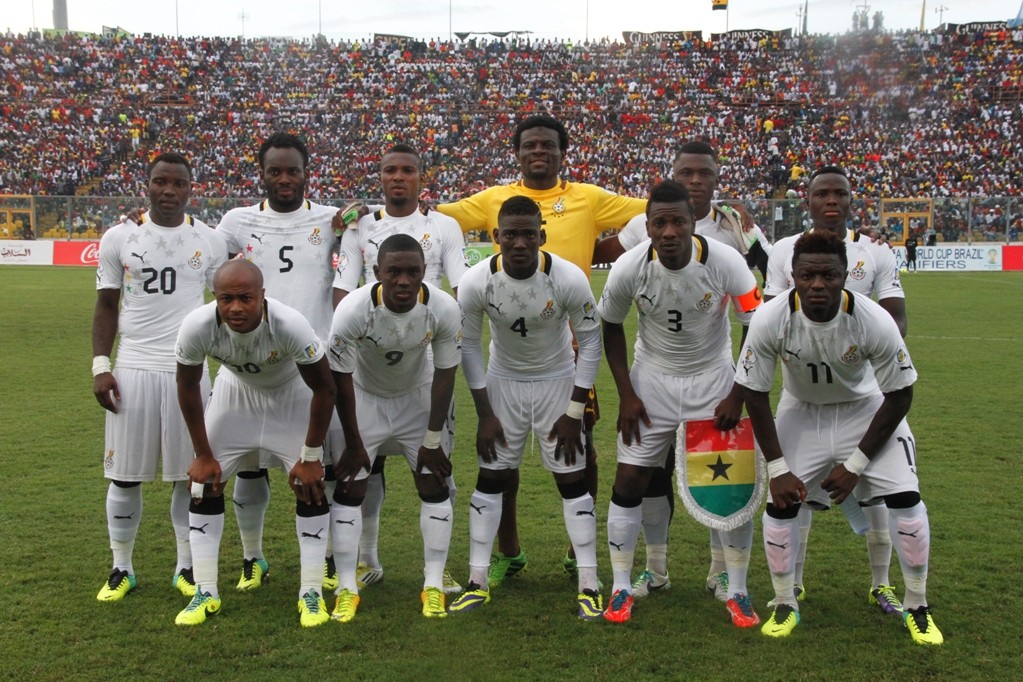 Ghana Black Stars, the nation’s senior men’s football team is a formidable team whose prowess in the football sport has made it one of the most respected teams that is supported by a great majority of football fans in Africa. And if you’re interested to know more about this great African team, consider reading its 10 most amazing moments:

For a very long time, Black Stars had consistently failed in their attempts to get to the FIFA World cup until in 2006 when their dreams finally came to pass. They were among the six African countries that had actually qualified for the World cup but eventually managed to remain as the only African team to get to the second round. This great achievement for a team that was playing in the World cup for the first time did not only intrigue African countries but also the rest of the world. To add on, it was the youngest team in the World cup with the average age of 23 years and 352 days.

2. When they reached the quarterfinals in 2010 World cup

One of the greatest moments for black stars is when they got to the quarterfinals in 2010 before they were finally kicked out by Uruguay and much of it was down to their making. They were defeated on penalties after Luis Suarez accidentally hand-balled inside the goal line during the extra time and Asamoah Gyan missed the subsequent penalty that was awarded which denied them an almost certain win. In fact, if they had won the quarterfinals, they’d have become the first African country to have ever gotten into the semifinals of the World cup. And out of the 32 teams involved, they were ranked at position 7 by FIFA. 3. The two times they qualified for the African cup semi-finals four times in a row

Black stars are well remembered for the two times they qualified for semi-finals in the African cup, four times in a row: 1963 and 1970 as well as 2008 and 2013. This has greatly contributed to them being ranked as the second-best team in the history of the African Cup, which also allowed them to host the 13th edition of the African Cup.

4. Their victory against the United States – 2006 World cup

One team that had one of the roughest encounters with Black Stars during the world cup was the USA team. In fact, no one had predicted a defeat for the USA and, if am not wrong, most of Black Stars supporters had already conceded defeat only to be surprised in the last minute. It was an epic victory for Black Stars as the entire continent of Africa united to celebrate what was by then termed as an ‘African victory’.

In a World cup qualifying match in 2014, Ghana played against Egypt in Kumasi where Egypt were thrashed 6 – 1. This was so demeaning for Egypt – a team who were three times African champions. According to some soccer analysts, Black Stars were too lethal, too strong and too sharp for Egypt’s defense but the six goals they scored were beyond what anyone had expected.

Another exciting moment for Ghana Black Stars and its supporters was when they played against Brazil at Craven Cottage. Even though Brazil won by scoring the only goal in the second half, the game was considered as one of the toughest game for Brazil – who couldn’t have imagined facing such a huge resistance from an African team. Despite the pounding rainfall, Black Stars were determined to play a game that will remain in people’s memory for the longest time possible.

After being accidentally kicked out of the World cup by Uruguay, Black Stars were up against England in a friendly match at the iconic Wembley stadium in England. The Black Stars of Ghana played like wounded lions, with their cruel defeat against Uruguay at the World cup fresh in mind. Were it not for the great effort from the England team, it could have been a tremendous victory for Black Stars. The game ended with a 1:1 draw, but the chanting and spilling of Black Stars supporters could have led you into believing that they had actually won.

8. Winning the 13th edition of the African Cup

After enjoying a great success in football in 1963 and 1965, Ghana black stars also won the 13th edition of the African Cup and kept the trophy in 1978. In fact, they were hosting the contest when they won, and managed to win the cup again four years later when it was hosted by Libya in Tripoli. They have managed to win the African Cup 4 times: 1963, 1965, 1978 as well as 1982.

For the first time, the dream about an African country winning the World cup had actually shifted from probable to possible when the most admired team in Africa drew against one of the most formidable teams in the world. Actually, the Black Stars had ceased to be Ghana’s team and became an African team as the whole Africa joined in the acclamation of their huge success. The game ended with a 1:1 draw.